The Internet has created multiple revolutions in the public relations and marketing industries in just the first two decades of the 21st century, and things do not appear to be slowing down soon. The web has democratised communication, providing almost everyone with a platform from which to broadcast their thoughts and enabling them to reach, potentially, billions of people—all at the touch of a button.

At one time, the power of mass communication was held almost entirely by the large institutions that comprised traditional media, the “fourth estate.” Now, this distinction has been completely blurred, if not wiped away entirely, by the rise of new media outlets and the widespread adoption of social networking platforms. We are seeing a growing trend of “citizen journalists,” whom large numbers of people increasingly regard as legitimate sources of information. Social media offers a unique opportunity for these citizen journalists to convey “on-the-ground” breaking news “as it happens.” This is in opposition to, for example, a traditional news correspondent or TV crew, who may take time to reach the scene of a breaking story and to record, edit, and review the information before releasing it to the public. 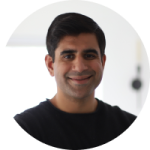 Why Your Company’s Online Reputation Matters

The Importance of Online Reputation Management (ORM) for Legal Professionals

Have Controversial Opinions on The Current Crisis? Here’s How to Manage Your Online Reputation